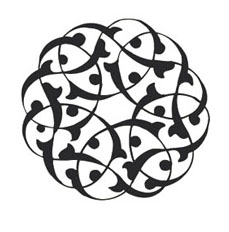 An Anatolian motif that appears on all Buzbag wines symbolizing richness, fertility and continuity.

I’ve written a bunch of stuff about wine, but I have finally found a home to consolidate it all (I think)…here on the new Grapes Unwrapped website. So I figured I’d start writing about a wine I had recently from what is most likely the birthplace of wine. It works too because we’re in the throes of summer (fortunately) and I found this to be an excellent summer wine choice.

I like to try wines from all over the world because good wine is made all over the world. I recently picked up my first Turkish wine (let’s say they aren’t really readily available here), a red blend of native grapes, and really liked it. I ended up reaching out to the winery on Facebook and they asked me if I had any of their other wines. I mentioned that they werent easy to find but I happened to be driving past the place I found them (Corrado’s in Clifton), and picked up the white blend and a reserve.

Kayra is the wine company (owned by a US based private equity firm) that has a number of wine labels under the direction of American winemaker Daniel O’Donnell. One of the better known labels, and the one I have had, being Buzbag, with grapes grown in their native Eastern Anatolia. Buzbag means “Ice Vineyards”, not necessarily because of the weather, although that is a factor, but named for the ice caves found near one of the historic cities in this region. If wine has been made for 6,000-7,000 and if it originated in Noah’s time in the Agri Mountains, then this indeed is the birthplace of wine. Turkey by the way is one of the largest producers of grapes in the world, but only a small percentage of grape production is used to make wine because of the Muslim culture, but what is made is made with care and pride and always with an eye towards accompanying wonderful Turkish fare.

Now that you have the background, on to the wine. I shared the wine one night, as I often do, with a bunch of friends, and had it with other wines from that part of the world…and the Buzbag red blend stood out. So I picked up the white blend with some anticipation and expectation, and fortunately opened it on one of the hotter days of summer so far, after doing some yard work. Immediately, it had characteristics reminiscent of a dry sherry…light, refreshing, bone dry, crisp, with some nuance. After tasting more, it grew on me more and more (I do like dry sherry by the way…a lot). It also reminded me of Ribollas I had had from Croatia, just across the Italian border from Friuli, and from Greece. Similar to the Turkish blend of Emir and Narince grapes, those wines are lighter in alcohol, dry, with a citrus peel taste, and an almost oxidative touch to it. It also reminded me of some sakes I have had.

So, it was definitely refreshing and enjoyable…and I then thought, what would this go best with? I immediately thought what do I like with dry sherries, or sake, or a crisp, bone dry white. Oysters! And sushi…and soups…and lighter cheeses…and tapas. I realized that there is a Turkish version of this, if I am not mistaken, and if I am, I hope my friends from Buzbag will correct me…and that is, meze. Turkish small plates…cheeses, nuts, wonderful spices, yogurt sauces, vegetable dishes with artichokes and eggplant (mmmm eggplant!). Until we get into the meatier offerings and more heavily spiced dishes, I think Id drink the Buzbag white blend with my meze…or again, on a nice hot summer evening.

One more note, to me there is a connectivity with wine…a connectivity to my family past, and a social connectivity today. There is also an historic connectivity, and there isnt much lengthier history connection with wine than this region in Turkey. They believe that too I suspect…the picture I posted is an Anatolian graphic that appears in some form on all the Buzbag labels…and it symbolizes “richness, fertility, and continuity”. I hope to visit there some day to see and feel such connection. Serefe!