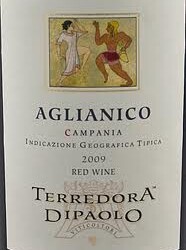 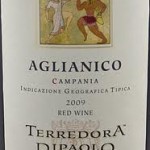 but contrary to the picture, no one was required to dance to get a glass of wine from me

Beautiful summer night in August, and a Sunday to boot…nothing like a wine event to forestall the onset of the ramp-up to Monday morning…and of course squeeze out a few more hours of a great summer weekend. Once again, I’d have liked to have been a guest at this event…besides the really good wine and infotainment, of course…great hosts and guests…better than expected weather…and it seemed the mosquitoes of New Jersey took the night off too. Since I have already gotten inquiries this morning about the wine, here is the rundown.

Gruet, Brut and Brut Rose, Albuquerque, New Mexico, NV. The original reason for the event…a party because the hosts’ brother and sister in law were coming in from New Mexico. They eventually arrived three hours later after their flight was delayed, but they already knew of the well-valued wonders of Gruet. The Gruet Brut made the Wine Spectator Top 100 last year…and both of these wines were really well received…theyre great to drink with most any food (which goes great with a party with a variety of food) or all by itself…and both wines are under $15.

Domaine des Buissones, Sancerre, Loire, France,2011. I keep saying, in general, there is no finer expression of sauvignon blanc than a Sancerre…and since I was only going to pour one white wine with the request to go longer with reds, I wanted it to be a fine expression of white wine in general. I looked around for a good valued white Burgundy as well…although it’s not easy to find quality Sancerre or Burgundy under $20, if you have a good relationship with a good wine shop, and know when the sales are too, you can find very good representations of these wines. Sublime? Probably not…but really really good and better than a lot of other wines…yep.

Jelu, Pinot Noir, Patagonia, Argentina, 2009. It’s also not easy to find a pinot noir under $20…at least one that tastes like pinot noir. In fact, it’s the often elusive search I have…to find a pinot under $20 a bottle retail or under low teens a glass in a restaurant. The first time I went to Alice’s Restaurant in Lake Hopatcong and David Drake asked me what I thought of his two pinots by the glass at the time, I said, “David, they taste like pinot”…and he smiled and thanked me. Jelu tastes like pinot…it has varietal characteristics…and its good…and it’s under $15, a bottle. You’ll thank me.

Evodia, Garnacha, Calatayud, Spain, 2010. I’ve been on a Garnacha/Grenache kick the past bunch of months (and for those unaware, it’s the same grape, but native to Spain). I owe the discovery of this wine to my daughter…a few years ago, while I was wine shopping (and yes, it’s a family event sometimes), my daughter said I had to buy the wine because she liked the label. The store manager nodded his head and said I should at least trust her choice…I did, and really liked it, for I think around $12 a bottle then. And I keep going back to this wine regularly…and who can’t like a 90 point wine that I picked up for under $8 a bottle this time around? Even at twice that price I’d drink it. Folks last night drank itand liked it…and the label is cool too.

Terredora di Paolo, Aglianico, Campania, Italy, 2010. This is the label picture I used…a depiction of an ancient picture of a woman dancing for a guy with wine (my interpretation). I showed it to one of the guests who seemingly was always right there in front of me when it came time to pour a new wine…and she sort of apologized to me for being so. When I poured this wine, I showed her the label and said that it wasn’t anything new. Speaking of not anything new, Aglianico is one of the grapes introduced to the Campania region thousands of years ago by the Greeks (along with Greco di Tufo, Falanghina and Fiano). In the last thirty years, there has been a resurgence of wines made from these grapes, and Aglianico is the very tasty red we had last night. No one really had to dance for me though to get some.

Roots Run Deep Winery, “Educated Guess” Cabernet Sauvignon, St. Helena, CA, 2010. The host is an educator, a very dedicated one, and also very involved in the community…the one I happen to live in. So I thought of this wine right away…especially since the wine company, Roots Run Deep, was an appropriate phrase for his family and friends in attendance. The label is pretty cool too…an actual scientific equation for the winemaking process. But it’s not a gimmicky wine by any stretch…this classic California style cabernet was neither overly oaked or overly ripe…it had very good balance and a really nice taste and finish for the price tag, which is typically around $20.

Among the forty or so guests, no one wine was the favorite, and no one thought any of the wines were not up to par with the others. There wasn’t a wine among the bunch that I wouldn’t buy again (having tasted a few of them for the first time myself last night). That, and all the folks in attendance who participated and really got into it, all made last night’s tasting a late summer night’s dream job for me.