googlecfdf2a75256b68d7.html A New Pope Leads to Thoughts of Wine (and Faith Too)

A New Pope Leads to Thoughts of Wine (and Faith Too)

Yes, a new pope made me think of wine (and as a quick aside here, those who know me well know I do think about a lot more than wine; it just might not seem that is so).  Although I have not been a wine drinker all my life, I have been a Catholic all my life, and I will admit (perhaps confess?) that some of my earliest exposure to wine was sneaking some sips in the sacristy with fellow altar boys.

Earlier on the day of the announcement, I had some social media musings about what the College of Cardinals were having for lunch after two inconclusive morning votes…Vin Santo (“holy wine”)? Lachryma Christi (“tears of Christ”)?  Niccolo Petrilli of the Enoteca Italiana in Siena, Italy also mused that it could have been Est!Est!Est!.  Why Est!Est!Est!? Although most likely not true, it’s a good story…legend has it that in the 12th century, a German bishop was to go to the Vatican to meet with the Pope so he sent a servant ahead to mark inns along the way that served good wine with “Est!” (Latin for “it is”).  Supposedly, he loved the wine so much at one inn in Montefiascone, that he wrote “Est!Est!!Est!!!” to herald what he thought was especially great wine.  It has proved to be a great centuries old marketing tool for not such great wine.  It does seem that during their breaks, according to Niccolo, the cardinals did actually drink Ribolla Gialla and Brunello.  Blessed indeed.

At the announcement that Cardinal Jorge Bergoglio of Buenos Aires was to become Pope Francis, my first word association, I will admit, was “malbec” (and no, I didn’t immediately think of Agiorghitiko, or St. George’s, the Greek grape and wine).  Now I am admittedly at times irreverent, but I am not disrespectful. I do wrestle with my faith, but the tenets are never too far from me, such as the prayer most associated with St. Francis of Assissi, the namesake of the new pope.  In sync with that prayer, I will try to take the path of hopefulness while many may veer towards cynicism.

Of course, as a wine drinker, evidence of my religion seems to sometimes be more easily found than those upholding the tenets…found in wines and wine regions named for saints, as well as other faith-based wine names, not to mention the clerical origins of many wines. My private thoughts went well beyond wine with the announcement, but that first association of “malbec” was really about Argentine wine, the home country of Pope Francis.  I saw it as an opportunity to write a bit about that country’s wine story.  Perhaps an Argentine pope will in some way help the country economically…like numerous countries, it has been beset with hard times, probably longer than many others.

Argentina is the fifth largest wine producing country in the world, and it was first cultivated there in the mid 1500’s by Jesuit missionaries, Pope Francis’ order.  I started thinking of wines produced there, and of course malbec comes to most people’s minds.  It is now the most planted grape there, but that only happened recently.  It is the hottest red wine in sales growth the past few years, but with that comes a higher percentage of bottlings of weak character, lacking real backbone (I suppose an analogy can be made here with some people who claim to be faithful).  What was a blending grape of a very small percentage in Bordeaux and a definitive grape in Cahors in France, has now become synonymous with Argentine wine.  The grape is seen in free-standing form or blended in a Bordeaux style.  Nieto makes one such blend, Don Nicanor, a trinity in equal parts of malbec, cabernet sauvignon and merlot…not quite a Holy Trinity, but at a price point around $15 and a most recent vintage getting a 91 rating, at least a restorer of faith in quality wine at a reasonable price.

Ultimately though, my thinking turned towards the Crios wines, a second label started by the First Woman of Argentine Wine, Susanna Balbo. “Crios” means “off-spring”, and it was not only the off-spring of her first, self-titled label, but symbolized her own children, who are now in the business, running Crios and represented in the Mayan-influenced label design depicting two children’s hands inside a larger mother’s hand.  But it wasn’t the Crios malbec I settled on, it was the bonarda/syrah blend.  Bonarda? Yes, until not too many years ago, the most widely planted grape in Argentina, working class and workhorse-like, brought by Italian immigrants, and used for basic table wine by the masses.  Francis I, also the product of Italian immigrants, surely had it on his family’s table. Here it is mixed with syrah, one of the noble grapes, and most certainly the noble grape of the Rhone, where the Papacy resided for 70 years during the 1300s.  They were clearly big fans of wine, and the name Chateuneuf-du-Pape derives from that era and the Papal crest is still on the bottles of that wine.

[Since I wrote this, I have come across two other “relevant” wines. Castelo do Papa, a Godello from Spain, although not a specific reference to any pope can work. Most directly, Trinitas, a winery in California that takes its name from the Latin phrase for the Holy Trinity, made a Cabernet Franc-is that was presented Pope Francis that he enjoyed and actually asked for more of it!]

So in that Crios bonarda/syrah blend, I think I have found the right wine…a blend of history, nobility, simplicity, working class, of the people and for the ages.  Getting back to theme of hopefulness, although time will tell, these are the same blend of qualities I hope to see in Francis I.

Edited Update: I wrote this post a little over two and a half years ago and I think the hopefulness most felt at that time has been met or exceeded (comments about “leftist pope” aside…and be damned). On the wine front, although a man of moderation, we have learned a few more things about Francis.

1. His grandfather was a winemaker in Piemonte and he had a taste for wine from a local grape, Grignolino, which makes a light red wine. Its not easy to find but it is enjoyable and worth trying.

2. At an audience of 180 wine professionals led by the head of the Italian Sommelier Society last year, the Holy Father told the group, “”I drink a little wine from Italy and other countries from around the world. But just a little.” Soon after, he was granted Pope Francis honorary designation as a sommelier.

3. Even before the honorary designation as bestowed on him, Pope Francis pronounced before a gathering of thousands that “there is no party without wine!” Now that is pontificating at its best.

“Wine in itself is an excellent thing.”

“Men are like wine – some turn to vinegar, but the best improve with age.” 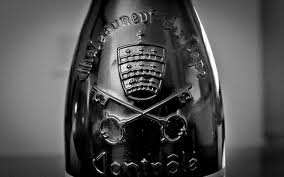