Analysis of The NCAA Men’s Basketball Sweet Sixteen (In Wine) 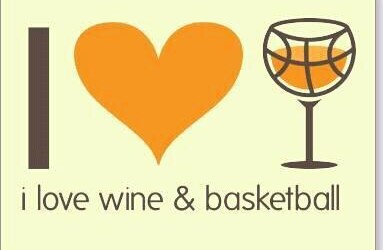 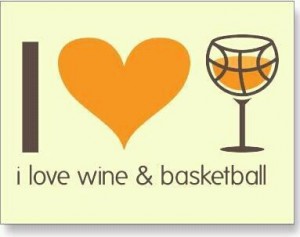 A typically fun weekend of basketball although the Saturday games weren’t as entertaining as Sunday’s.  I did however drink my best wine of the weekend during Friday and Saturday night’s competition (Cantinino, an excellent sangiovese from Castello Sonino and a real find, a really nice and classic red Burgundy for under $20 from Ghislain Kohut). Some major wine-producing states are not represented in the Sweet Sixteen, like perennial powerhouse California, and Washington and New York.  Despite the Cinderella stories seeming to abound, there are still many of the usual suspects alive with East still has the top four seeds intact, the Midwest has 1, 2 and 3 and the South has 1, 3 and 4.  Only the West bracket is likely not in most people’s picks, with only a #2 surviving the weekend.

Let’s break this week’s action down by region, why  don’t we…

East:  The East Regionals will be played in Washington, D.C., where I will have the honor later this year of being a judge in the International Wines for Oysters Competition ahead of the Old Ebbit Grill’s Oyster Riot. It has nothing to do with basketball, but I like mentioning it.

Indiana vs. Syracuse.  Indiana was early on in colonization one of the bigger wine producing states.  Then the frontier real estate bubble burst in 1818 and agricultural prices plummeted, making it cheaper to buy a gallon of whiskey than a bottle of wine.  The industry didn’t recover until well, perhaps never, although there are over sixty wineries in the state now.  To it’s credit, the state started a research and economic development council in 1989 to support the industry, and it is centered at…Purdue! Purdue isn’t in the tournament. The website promoting Indiana wines says come taste our Hoosier spirit.  I hope that doesn’t means the wines are annoying.  Syracuse is a bleak town, and the university seems to offer a wine appreciation class, but it is not far from the very beautiful Finger Lakes wine region.  With over one hundred wineries, some dating back to 1800s, it is not just of historical significance as the region produces some excellent wines.  Wine Edge:  Syracuse…I love the Finger Lakes!

Miami vs. Marquette. I know its not fair to the current players, I mean student-athletes at Miami, but the history of legal problems at Miami for its players is well known.  Alas, “Big House” wines are not made in or near Miami. Wine was first made in Florida by Spanish missionaries in the 1500s for sacramental purposes.  Because of tropical weather and grapevine diseases, so although grapes are grown, much of the wine made in Florida today is based on other fruit. Key lime, mango and strawberry wine!  Reminds me of my high school days.

Marquette is a Jesuit institution based in Milwaukee. I think of Old Milwaukee beer, and that’s not a good word association. But the Jesuits were historic and skilled winemakers, doing much to spread not only the Good Word but the Good Juice.  Wisconsin, despite not having the most hospitable climate for grape growing, does have great significance in…California’s wine industry. Agoston Haraszthy immigrated from Hungary in the 1840s and settled in Wisconsin where he planted grapes and made wine, despite the challenges.  An incredible personality and entrepreneur, he is known as “The Father of Modern California Winemaking”, eventually going to California where he first planted grapes near San Diego (where he was sheriff) and then into Sonoma.  He founded Buena Vista Winery but more importantly, is credited with having over 300 varieties of grapes shipped from Europe and other parts of the United States and planted in California.  I’ll give Wisconsin some credit for all of this.  Wine Edge: Wisconsin.

South:  The South Regionals will be held in Arlington, Texas. There are no Texas schools in the Sweet Sixteen. Im not broken up about that, although the University of Texas system is the largest producer of wine in the state, out of over 200 wineries.

Kansas vs. Michigan. Kansas was a major wine producer in the mid 1800s, as German immigrants spread their craft from Missouri (where the first two designated American Viticultural Areas are located).  But unfortunately, Kansas was also the state known for Carrie Nation and the early temperance movement and the first state to pass state-wide prohibition, in 1881.  Grape-growing (and wine bootlegging) still thrived as the Missouri wine industry flourished and needed grapes, but national Prohibition ended that.  Today there are over 20 wineries in Kansas, but I can’t forgive them being at the forefront of temperance.

Michigan is a large producer of wine, with over 120 wineries and four AVAs.  Initially, much of it was sweet wine as Concord grapes were widely planted after Prohibition by the Welch Grape Company.  The state is also a major producer of cherries, and therefore, cherry wine.  Wine-related tourism is an over $100 million industry in the state and the state hopes to be producing ten times more wine in the next ten years than it does now, but vinifera grapes are a challenge because of the weather and were only first planted in the 1970s.  Wine Edge: Kansas, because ultimately I pick teams based on basketball and I have them potentially winning it all…but that temperance history is troubling.

Florida vs. Florida Gulf Coast.  I can’t shake the image of “jug chardonnay vs. white zinfandel” when I think of two Sunshine state teams squaring off.  Please refer to my notes on Miami regarding wine making in Florida.  All that said, I think Billy Donovan is a great coach, despite his Gordon Gekko-type hairdo, decades after the 1980s. Fortunately, I think he stopped wearing suspenders some time in the ‘90s.  He is a Long Island native, and by association gets some props for Long Island wines.

Florida Gulf Coast Eagles coach Andy Enfield sort of was Gordon Gekko though, or at least was wildly successful on Wall Street and with the ownership and development of a $100 million software company, which he cashed out on and went back to coaching. He also spent some time coaching in the NBA after playing at Johns Hopkins.  And he is married to a former supermodel.  So the Eagles coach has more than likely had his share of Screaming Eagle.  Wine Edge: Remember, both schools are from Florida, but I have to give the wine edge to Florida since it was at U of F where hybrid grape varieties were developed in the 1930s (back when I think they were still using peach baskets in basketball).  I’m really just hoping for an entertaining game led by two compelling coaches.

Tomorrow, I uncork my analysis on the Midwest and West regionals.