plus a nod and toast to some modern day 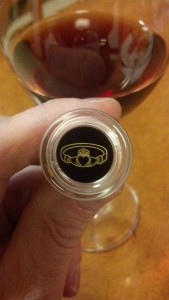 I am updating this blog that first appeared a year ago to mention a handful of current “Wine Geese” I have crossed paths with this year. Not sure who the wine geese are? Then read on.  These “wine geese” are of Irish descent (first generation or past) except in one case, but all exhibit passion (bordering on fire in some cases) and a sense of hospitality and bonhomie that one can say are truly Irish in origin.

Eric Flanagan makes top flight California wines at his Flanagan Vineyards in Sonoma County. Rich, concentrated, well made, long lasting wines. His fiery passion is evident from the first hello and it shows in how he has created his winery from ground up (and below ground too).

John Coyle of T. Edward Wines said to me for an article I was writing, “wine is liquid music, because it has an amazing ability to take you somewhere else, make you smile, laugh and sometimes get up and dance”. If that is so, and I believe it is, John is a legendary band leader.

Jamie Belton is the general manager of Town Kildare Street in Dublin, Ireland, one of the city’s most talked about restaurants. He looks over it with great skill and care while seamlessly greeting customers and talking wine with them. A genial host while keeping the restaurant running well on all cylinders, his restaurant is the former home of Mitchell & Son, the long-time Irish wine merchant (and the folks behind the fantastic Green Spot, the only whisky specifically produced for and sold by an independent wine merchant in Ireland). Pretty cool to be carrying on a wine tradition in some manner in such an historic building.

Laurent Caubet runs a wine import company based in Dublin. He is Irish…through marriage. I can no better describe him as a gentleman. The Irish drink more wine per capita than Americans but their economic woes have had a serious impact on the wine industry there. Tariffs and conglomerates make it difficult to find great values from artisanal producers. Laurent is most certainly at the forefront of this effort for consumers and keeps a number of restaurants focused in that direction too.

Thank you all for your kindness you have shown me in the past year.

Now onto a bit of Irish wine history.

Did you know there are snakes in Ireland now? I suppose you could have figured it out.  And did you know that there are wineries in Ireland now too (and not just in and around Cork)?  You probably could have figured that out too, but you probably didn’t know that the Irish have a long history with wine.  Despite the word “whiskey” deriving from the Gaelic “uisce beatha”, meaning water of life, and of course, the immediate association of Ireland with stout, the Irish are no strangers to wine for many a century.

As far back as the fifth century, Irish missionaries not only spread the Word of God, but with it, the Word of the Vine, playing an active role in the migration of grape growing and winemaking in Europe. Despite that faux Irish beer name, St. Killian, who it is said introduced viticulture into the Upper Maine Valley in Germany, is the patron saint of wine grape-growers in that area.  St. Martin of Tours (not Wine Tours), another Irish missionary, is said to have discovered the chenin blanc grape.

But it is not winemaking that the Irish have the longer tradition in but wine consumption. I am not sure it will be covered in “The Vikings” on the History Channel, but the Vikings did not only pillage, they traded, and after establishing many cities in Ireland, also did a healthy wine trade with the Irish.  And it wasn’t the British who were drinking those clarets in greater numbers early on, as we see almost weekly at “Downton Abbey”, but the Irish were importing four times the amount of wine from Bordeaux as the Brits right up until the 1800s.

Those devoted to Irish history may be fully aware of the “Wild Geese”.  After James II was defeated by the British armies in the 17th century, the Treaty of Limerick allowed Irish rebels to to settle in France.  They were listed as “wild geese” on ships’ documents and joined James II in exile rather than stay behind and face persecution, which as we know lasted more than a few years.

Many of the “Wild Geese” who “flew” to France eventually morphed into the “Wine Geese”, getting deeply ensconced in the wine trade at all levels.  The Lynch family were Irish wine importers back to the 14th century, but it was Michel Lynch, born in Bordeaux who is the Lynch in “Lynch-Bages”.  Another Irish family, Barton, is still seen in “Barton Guestier” and “Leoville-Barton”.  The Bartons also owned Chateau Latour, along with another “Wild Geese” family, the Johnstons.

The influences and hands-on involvement went beyond Bordeaux. One well-known sherry house, Pedro Domecq was founded by an Irish farmer, Patrick Murphy and another, Garvey, makes a fino sherry called San Patricio.  The Barry Family, one of the first families of Australian wine production, named their top-flight wine, The Armagh, after their Irish county of origin.

These all are just a handful of examples and then there are the influences in the United States too.  When I think of Irish-American wine influences, I think of Limerick Lane Cellars, started and recently sold by Michael Collins (not THAT Michael Collins) and Concannon Vineyards in Livermore Valley, started in the 1880s. James Concannon went to France and brought back rootstock from Chateau d’Yquem (also with Irish roots) which still bear fruit today.  He also traveled to Mexico at the beginning of the 20th century and helped revolutionize Mexican wine, long before the Fountains of Wayne sang about it.  But it was Samuel Brannan, who in 1860, not only established the town of Calistoga but planted the first vines in Napa Valley.  We don’t know however if he likened a wade in the famed mudbaths there to falling into a vat of Guinness.

Finally, Irish wit and folklore were not relegated to beer and whiskey.  One whimsical legend was that fairies had a particular fondness for wine, so royalty would leave a keg out at night for them, and sure enough, by morning, it would have disappeared! George Bernard Shaw once said that “in wine tasting and wine talking, there is a great amount of humbug” (and I agree, but when asked about his own wine consumption said, “a mind the caliber of mine cannot derive its nutriment from cows!”

Maybe the wine being made in Ireland today isn’t quite grand, but the tradition of Irish toasts will always remain so…and here is one for today — may your laugh, your love and your wine be plenty, thus your happiness will be nothing less.  Slainte!