It’s a food story, but so much more 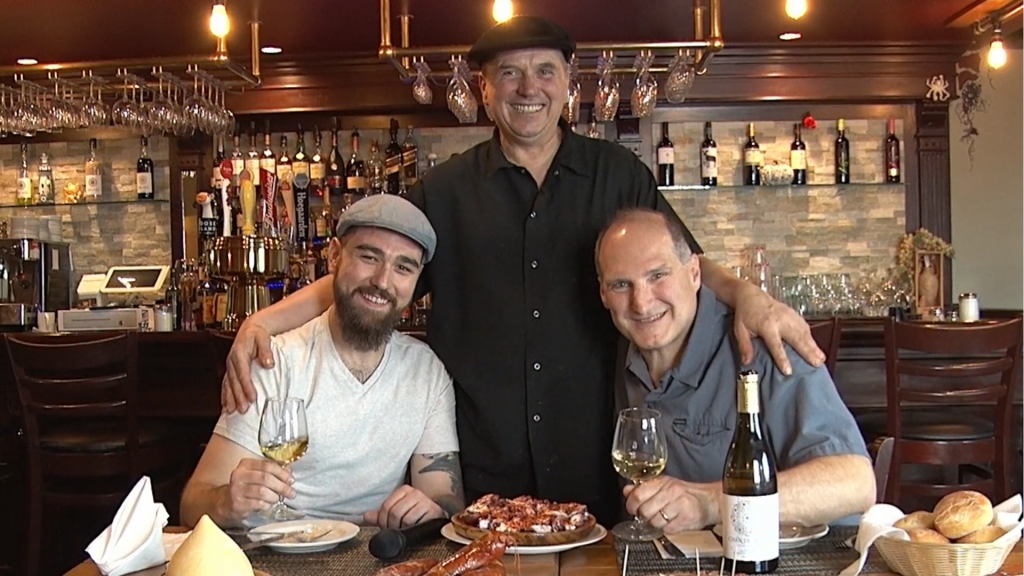 I often talk of and write about the personal and connective aspect of wine and food. I don’t care if you ate at some restaurant that’s hot just because you were supposed to go there or because it was cool to be there, and you didn’t express any sense of awe or delight in doing so. I don’t give a fuck how big your wine collection is if its just a raw number to impress, or a list of expensive names, and you can’t show the appropriate respect and joy for owning the passion and labor of top winemakers. In fact, as I have gotten older, it’s the simpler pleasures that resonate more often with me. It’s the explorations and appreciation of local and craft food and beverages. Or its other cultures, seeing how the histories and traditions come together on a plate and in a glass to create connection, often in very straightforward and seemingly simpler wine and food. It’s seeing the power of these traditions, not just within any given group, but in cutting across lines, like the glass of arak I shared with a Syrian refugee earlier this year. It becomes all at once familiar and familial.

My friend is from Galicia in Northern Spain. In part, its what made me first explore the wine and food of that region many years back. It’s what made his mother bring back a hunk of local cheese for me to try, and no airline official was going to pry it from her hands. My friend would do anything for you (and if you are in my area, most likely has) so it was easy and small repayment over the years to drop off the occasional bottle of Albarino or Spanish Solera Brandy, or a piece of Tetilla or a serving of Empanada Gallega, because they were all delicious first of all, and he could share them with his family and parents, a bridge in a glass or on a plate.

My friend is an honorable guy who is both honored to be a father and honors his father as well. We were talking one day recently and he asked me if I knew where he could get Callos, the traditional Galician chickpea stew. He wanted to get it for his father who is in his 90s, knowing he would be thrilled by it. Seemingly simpler food. So I shot a message to another really good guy I know, Angel Leston, the owner of Casa d’Paco in Newark. I met Angel and immediately had great appreciation for his restaurant, his story and for him as a person. We shot a video together shortly after that, telling his story and turning more people on to his very special place. (The video can be seen here.) Angel’s family is from the same part of Galicia that my friend’s family is from. Angel also is a guy who is both honored to be a father and honors his father. His father is Paco, who the restaurant is named for. Paco (pictured above with Angel and me) is the chef, he was the builder of the space along with Angel. Angel said no problem, that he would have some Callos made. He understood without the need for any lengthy explanation.

I will admit, I got emotional. A number of times throughout arranging this. My own father was one of the most honorable men anyone knew. He has been dead many years now but I always wonder if I ever live up to honoring him as a father, and as a son. To be compared to him to this day is still flattering and slightly embarrassing because I don’t ever really think I can be the person he was. An opportunity to help a friend honor his father, and to honor a friend’s father in some seemingly simple yet significant way meant a lot to me; yes, it was a way for me to honor my own father still.

Angel let me know that the Callos was ready, so my friend and I drove down to the Ironbound to the restaurant to pick it up. While we waited for Angel to arrive, we had to indulge in some of the classic pulpo that the restaurant serves up, that I washed down with an Albarino and my friend with the Galician beer, Estrella. Angel walked in, I introduced them and they broke into full local Spanish dialect. Part of the way through the conversation, as I stood there smiling, Angel said, you have no idea what we are saying, do you? I said I don’t recognize most of the words but I totally get it. I understood. I was listening to two guys honored to be where they were, where they were from, and honoring their fathers.

On the drive home, my friend said, I owe you big time. No you don’t, I said to him, and to myself I said, I owe you. Thank you for the chance to do this.