If it was just St. Patrick's, then it must be St. Joseph's

Growing up in a mixed community with many inter-married families (that meant Italian and Irish…although with me you have to toss in some Alsatian too), St. Patrick’s Day wasn’t the end of the March feast days, as St. Joseph’s Day came right on the heels of it, two days later.  St. Joseph’s Day is the patronal feast day of Poland and Canada.  It is considered Father’s Day in some cultures.  But in Italy, especially Southern Italy and Sicily, it’s a pretty big deal…and growing up in Staten Island, Southern Italians were a pretty big deal, so although not as big as St. Patrick’s Day was in my household, San Giuseppe was still commemorated two days later. As I look out my window today, the ground is snow covered.  I shoveled the equivalent of piragua, before adding the fruit syrup, this morning, but St. Patrick’s followed by St. Joseph’s puts us on the edge of spring’s arrival. 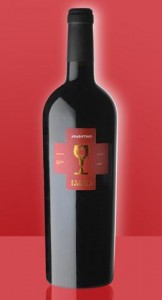 Before continuing with the Italian-American angle, I’d be remiss not to mention the Saint-Joseph appellation in the Northern Rhone.  One of the Rhone’s largest appellations, syrah is the only red wine grape grown here.  It has a relatively long history of winemaking, where the original Saint Joseph vineyard, for which the entire area is now named, was owned by Jesuits, and now is the property of famed Rhone producer, Guigal.

But back to the feast day.  During the Middle Ages, prayers were offered to St. Joseph during a drought in Sicily. When rain came, Sicilians began the annual celebration in his honor. Some Italians and Italian-Americans set up altars in their homes. The altars are adorned with flowers, candles, limes, breads and cakes, and of course wine, and maybe not so of course, fava beans.  Fava beans were the crop credited with saving the population from starvation during that drought, so they are central to many feasts up to this day, which because it is the middle of Lent, are usually meatless.  Breadcrumbs, usually mixed with olive oil (the poor man’s grated cheese), are used on top of pasta dishes, the breadcrumbs representing the sawdust created by the carpenter Joseph. Another tradition is to serve a Neapolitan pastry, zeppole (not to be confused with the fried dough and sugared belly bombers from boardwalks and street fairs).  Oh and although the green apparel is in the laundry basket, the tradition is to don red for St. Joseph’s Day.

So what wines were placed on those altars and consumed at the festas de San Guiseppe? When considering traditions, I think of traditional, native grapes of Sicily, Campania, Puglia and Calabria, the regions of Italy where my neighbors growing up were most likely to hail from (and my own paternal grandparents).  Whites like fiano and grillo and inzolia (known as ansonica in Tuscany, and the grape used for Marsala wine, which I imagine to re-appear with the cakes and pastries at the end of the feast).  Ruddy rosados and rustic reds made from negroamaro, primitivo, nero d’avola, aglianico…all grown traditionally, harvested manually, handled minimally.  Wines like those made by Schola Sarmenti in Puglia that soak up the sun and reflect the local terroir.  Wines that don’t have to be sublime, just honest and sincere and with depth and local character, because those who celebrated La Festa de San Guiseppe did so honestly and sincerely, with depth and local character.