googlecfdf2a75256b68d7.html What My Father Taught Me About Wine

What My Father Taught Me About Wine

among the many other more important lessons 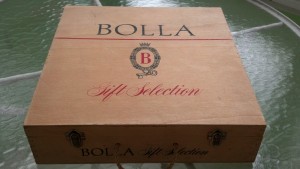 My “formative years” when it came to wine were right around that age when other products were allegedly helping to build strong bodies in twelve important ways, as the bread commercial would claim.  There was wine on the table most nights.  Nothing fancy, jug wine poured from a carafe.  We first got it mixed in with our 7-Up…and as we got older, the percentage of red wine to 7-Up increased.  I can remember it often being a rustic field blend from California called C&K Fortissimo.  The Italian-ish name I am sure appealed to Italian-Americans, but the blend was formulated and consumed by Italian immigrants in California generations ago (and of course, co-opted and adapted by the marketing folks at the CA mass-producers).  Funny how those rustic field blends, often made with zinfandel and petite sirah among other grapes, are actually in fashion now, but with a higher price tag (and probably higher quality and care) than those jugs many years ago.  And I still see Fortissimo on the shelves in some stores.

The wine never had to be sublime…it just had to be good…OK, and strong too.  It was served with dinner nightly, not because of snob appeal.  If you knew my father, there was no such thing as snob appeal and status…as long as you were a good person, you were equal in his eyes to all the other good people.  It was served with dinner because of tradition — it was just something you had on the table with your food, and shared with your family and friends.  Nothing more, nothing less.  It was an accompaniment to what was most important – the meal and the people around the table.

For special occasions, like Father’s Day, we would buy my father not jug wine, but standard 750ml wine bottles.  They had to be better we thought, and nicer and more special…and he deserved it.  And what was most special was the Bolla gift box of three bottles of wine.  I can remember there were three bottles in the wooden case (which was some sort of balsa wood, probably a step above the wood used to make those little airplanes with the rubberband and plastic propellers).  There was one white, a Soave, and two reds, a Valpolicella and a Bardolino.  They could have been made up marketing names for all we knew about wine in the 1970s.  Most of our wine education then came from commercials…Ruinite on ice was evidently so nice…and Mateus had to be cool because cool girls coolly melted multi-colored candles in the empty bottles to make some cool effect.

But those wines were not marketing names. They were and still are all real and respectable DOCs and DOCGs in the Veneto region (and as Bolla more specifically today calls their Veronese series).  You can buy them made from Bolla still, or by any number of very good, less mass-produced winemakers.  Valpolicella, and the grapes that are used in Valpolicella (Corvina Veronese, Rondinella, and Molinara), certainly have found a fan base in the production of Valpolicella Ripasso and Amarone, for example.

Those “special” Bolla wooden boxes?  I haven’t seen any lately, but I still have half a dozen of the old ones.  They hold my cassette tape collection.  Yes, I know…but I still own boxes of 45’s and eight track tapes too.  What can I say?  But I not only have those Bolla boxes still.  I learned many lessons from my father, among them perhaps my most important wine lessons.  Wine doesn’t have to be sublime or expensive. It wasn’t about impressing anyone. It was for enjoyment. It was on the table because it was a component of your meal.  It was part of the social fabric….what you shared with family and friends and conversation.  Sure, it was OK to splurge on occasion, like for a Father’s Day present with those then fancy Bolla collection boxes, but you still drank it for the same reason.

I finish typing this through tears and a smile…if you knew my father, you’d understand why.  I so would love to be able to sit and share a meal and a bottle of wine with him, and it wouldn’t matter what the wine was.  Sure Id want to get him something nice…maybe something from where his parents were from in Italy (Bari in Apulia or Napoli in Campania).  Tonight, I will do what I do most every night…I’ll share a meal and have some wine with my family.  It wont matter what the wine is.  And it wont be the next best thing to being able to have a meal and wine with him…he made me realize that to me, it is just as good, but in his eyes, it is supposed to be even better for me to have my own family, and to be a father.