googlecfdf2a75256b68d7.html A Restaurant Recommendation From a Less Likely Source

A Restaurant Recommendation From a Less Likely Source 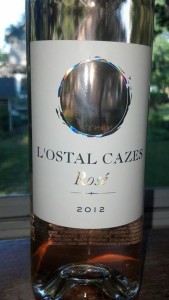 In the June 2013 issue of Smithsonian (a really fine monthly magazine), there appears a conversation between Ruth Reichl and Michael Pollan about the state of food in the United States.  They decide to meet on the East Coast and the Berkshires seems the most convenient place for both of them, so in Reichl’s words, the obvious choice was Bell & Anchor in Great Barrington.  Mark Firth was a Brooklyn food pioneer, co-founding Diner and Marlow & Son, but he wanted to escape the bustling borough and simplify his life, so he instead of moving to my community and pretending he was still in Brooklyn, he made the big leap, moving his family to a farm in Great Barrington, MA.  About a year ago, he opened Bell & Anchor (named after a favorite pub not on the Cape but in Cape Town, where he once lived), a true farm to table restaurant, featuring food raised by him and his local farming friends. Now I find “farm to table” has unfortunately become a marketing gimmick with many restaurants that aren’t truly committed to it other than thinking it looks cool on the menu and might sell a few more chicken dishes.  Not the case at Bell & Anchor.  The commitment is real and sincere.

A couple of other things are evident to me at such restaurants.  I have seen a consistency with the staff at similar places, like Arturo’s Osteria in my own community of Maplewood, NJ and Jose Enrique in Santurce, Puerto Rico, to name two, and now at Bell & Anchor.  The service isn’t just friendly…it is well informed and on board with the passion and intelligence of the food and beverages being served.  The commitment is complete from the back of the house all the way to the front.  And they are not stuffy dining and service experiences either.

The overall vibe of the place is friendly.  The person seating us showed us one table then asked if we wanted to see a couple of other tables available before we decided. That’s not likely to happen at most NYC metro areas restaurants, especially on a Friday night.  The groups on the front porch and playing ping pong on the front lawn seemed familiar and comfortable, but not being a local did not make us feel the opposite as often happens when an establishment has a regular clientele.  In addition to being welcoming, our waitress Oona had real opinions and we could tell she was familiar with the food and wine, which was impressive because the menu changes constantly based on availability.  And finally, Mark Firth is clearly an affable owner and host, happy with how his vision has developed.  Although busy and making the rounds to see his regulars, he took time to engage in a nice conversation about his wine list.

Which leads me to my second observation…good food doesn’t always come with good service, but it does tend to come with good wine, and in a place like Bell & Anchor, wine tends to be interesting, well priced, well chosen, and well considered.  At first, what struck me about the wine list was that it was overwhelmingly French, with a good amount of Italy and Spain represented, and without anything domestic, not even relatively local American producers.  But when I looked more closely, I saw very fair pricing, and wines that were mostly from small, artisanal producers, and wines that were food friendly.  No overly oaked fruit bombs or malo-monsters in sight.  Nine different rose table wines, and at least another four sparkling roses.  Mark told me he really tries to pick wines made from small, artisanal and family producers, and that’s clear, and welcome.

It was a humid summer day and I wanted something refreshing so I started with the Domaine Labbe “Abymes” from the Savoie region of France.  Made from the Jacquere grape, it was the anti-Cali Chardonnay…crisp, acidic, citrusy, great finish…and went really nicely with the house cured coppa (from the pig’s shoulder), or better known to those of Southern Italian descent as copocolla, or in Sopranos-speak as gabagool.  This beautiful version melted in the mouth and was accompanied by a small arugula salad with great olive oil and Parmigiano or Grana Padano.

Firth raises his own pigs (among other edibles), so I stayed with the pork theme and ordered the pork chop.  Now this isn’t fancy NYC style plated food, but good, fresh and relatively simply presented food.  It was nice to know what was on my plate was recently walking around somewhere nearby…the meat was straightforward porcine goodness.  To go along with the second helping of pig, I ordered the Elisabetta Geppetti  Morellino di Scansano, in part because it’s my daughter’s name (Elizabeth, not the other names) and we were just driving back from her college orientation in Boston.  Also, I love Tuscan wines with food, and Morellino is the local name for Sangiovese in this part of Tuscany. Scansano is a village in southern Tuscany, in the Maremma, where it is warmer, producing a riper, more savory wine, just right for my pork chop, and if I was eating wild boar in Tuscany, Id probably be washing it down with a local Sangiovese, so it was just as good with sustainably raised pork.

Finally, I wrapped up my meal with this salted caramel pretzel chocolate tart and a glass of one of life’s more fun wines, the Cerdon du Bugey from Domaine Renardat-Fâche.  Also, from Eastern France, like the Jacquere that started my meal this is a low fizz, low alcohol mini-celebration…and pretty versatile with food too.  I’d have loved to have lingered but still had a 2 ½ ride ahead of me.

I didn’t forget…it was also at this meal that I discovered what is for now, my rose of the summer.  I have been an advocate of dry roses for years now, and they have exploded in popularity, although many at events I run still expect them to be sweet (the curse of white zinfandel).  I know the popularity has grown because what should be a relatively less expensive wine to make has seen a steady increase in the average price over the last few summers.  My favorite so far this summer had been a rose of sangiovese, but it still came in around $15 a bottle.  With a choice of a few roses by the glass, we asked Oona for her recommendation. She said they had just tasted one of the roses and everyone loved it (another good sign…amazing how many places serve wines by the glass that their staff never gets to taste).  It was what I have come to love in a rose…a good amount of fruit, but enough crisp acidity to be both refreshing or a great pairing for most summer fare and with just other interesting flavor notes as well.  When discussing it with Mark, I remarked that it was being sold at a very fair price by the glass and bottle ($9/$30).  He said he had the chance to pick up ten cases, allowing him to offer better pricing.

The wine is L’Ostal Cazes Rose, from Languedoc, a syrah-grenache blend.  Two references to explain first…Cazes is named after the owner, Jean-Michel Cazes, who also happens to own Chateau Lynch-Bages in Pauillac, Bordeaux, a producer with an incredibly loyal following.  “L’Ostal” comes from the “Langue d’oc” or Occitan language and refers to the actual physical house and family living there as one entity.  At $9 a glass in a restaurant, I was figuring on around a $10-12 a bottle retail cost, if it was even available.  An online search showed it wasn’t widely available, but where it was carried spoke well of the wine…except the closest location, a supermarket wine shop.

The supermarket wine shop, although not fancy to look at, had an impressive collection of high end wines, as it bordered on some of the Garden State’s more prosperous communities.  I had called to see if they had the wine in stock, knowing that not all wine shop websites actually have the wine in stock they say they carry.  They had 11 bottles of the L’Ostal Cazes and it was on sale for $9 a bottle, so I of course asked them to put all the bottles aside for me.  I would have been willing to spend more as I walked around the store and picked up a few more bottles that caught my attention, but these guys missed the boat.  I tried to engage them in conversation…one person never looked up from his newspaper and another when I asked some questions about the wine I was buying and how much of it they moved, tried to look up the answers but gave up quickly after he couldn’t find it easily.  No one else on staff was asked to help.  Retail fail!

But hey, I got my almost full case of a beautiful, classic rose and at a very good price, and I later confirmed it was imported by a wholesaler I have a very good relationship with and respect for their wine portfolio. Next time around, I will arrange to find out who else is carrying the wine and give the business to an establishment that seems really happy to have me there, and who are willing to speak intelligently and passionately about their offerings, like my experience at Bell & Anchor.

Enjoy your summer wine and food explorations!  And feel free to share them with me.